La Fete was a great success (discussed more in fundraising minutes). The atmosphere was lovely and the volunteers worked hard to have things run smoothly. Amazing job. This event is entirely run by parents – Jacqui Brock and JT Nyes and their posse of volunteers. The Board offers a formal thank you for such a wonderful success! All in all they helped raise about $30,000, which is great for the school. All fundraising hit targets this year. Thanks also to the sponsors and donors who helped us reach our goal!

We are making positive improvements in our relationship with the PPS Special Education (SPED) support this year – at least in the getting the assessments up to speed. We have good relationships with the SPED liaison and learning center teacher. Shouka has requested that we keep the same team reiterating the importance of continuity. If PPS conducts re-assignments, we risk losing both people.

Students are in the middle of a lot of testing at school right now. Smarter Balanced state testing is a challenge because it is time intensive. End of year MAP testing always debated for value, but it is a good way to have a year’s worth of data but generally won’t inform instruction (because new testing happens at the start of the year). We are trying to balance the testing with fun field trips! Middle school went to a rescue farm to provide assistance, 4th graders did a mock trial, 3rd graders did a walking tour of Portland and visited Tryon Creek, 1st graders went to Powell Butte. Middle School is going to the Oregon Coast Aquarium with a behind the scenes tour.

Middle School conversations are taking place, and Shouka is having positive conversations about next year with parents and students. Electives seem to be coming together.

Shouka will send out message to 5th grade parents about the Promotion Ceremony, and to all about Games Day. The end of the year is approaching quickly as she is rapidly planning for wrapping up this year and planning for next year. Shouka feels good about where things are!

A number of park dates are planned for the summer. There will be a welcome picnic on the first early release day during the first few weeks of school. Working on a welcome packet and can include volunteer information.

Asked about whether all Le Monde students could feed to one district high school in the future? Shouka’s understanding is that it isn’t possible. Students often ask Shouka if it would be possible to have a Le Monde High School, but that isn’t planned currently.

The incoming group of 8 interns is all female from all over France. As a French government program,  currently we are only offered interns from France (though they have many ethnicities).

Ali expresses feeling nervous about finding the final four host families and asks the Board for suggestions. Should we do another targeted email ask? Other ideas are floated such as living with community members or renting an apartment. Options for disseminating information about the program were discussed.

The middle school grades will start at Division and transition back to the renovated rooms in the Burnside addition over winter break next year. Work has started on the Burnside building on nights and weekends. The permitting is slow to arrive, but should be fine and the crew is actively on it. They are doing what they said they would do which is good. A lot of moving and logistics this summer! Teachers need to be out of classrooms to facilitate the move. The board approves having employees James, Chris and Joe support Shouka by assisting her with the move over the summer.

All elementary instructional staff will have three days of International Baccalaureate training with a facilitator in August. Beth and Shouka have had conference calls with the IB Coordinator who will join next staff meeting via Skype. Moving forward with preliminary background steps in anticipation of the August training.

Financials including balance sheet and profit and loss statement were reviewed.  The school is operating positive against budget (96K) which will help with cash flow when the school does not get its September disbursement (as happens every year). The school will end up within budget. Activity and Supply contributions are accrued into next year’s budget and are not reflected in this budget. This year we increased the use of substitute teachers to ensure student safety and adequate having adequate staffing.  There were also additional field trips and activities this year, which Shouka encouraged, because they are positive in many ways and still within budget. The Board approves this variance. Budgeting overall has been very good. A big line item is immigration legal fees to assist with visas for staff, which variance was approved by a disinterested board. La Fete and other fundraisers are right on track for this year.

We continue to have problems with families not paying their AFCA bills. We have reached the place where families will be denied service if don’t they pay.   Jarod will email families in this regard.
There are approximately $8-9,000 in unpaid fees. Le Monde Programs LLC needs to make a change for next year. The first step will be another round of emails asking; a second step is Ben as Treasurer of LMI as the Manager making the phone calls. Jarod is working on administrative help for next year. All said, we are still ahead of last year because this year we are collecting, and all net profit is used to support the school.

Meeting is adjourned at 8pm. 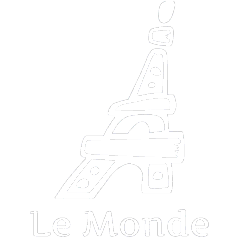